Where were you at the start of the 98th running of the Indianapolis 500?

I was in central Indiana, not far from the Indianapolis Motor Speedway.

I was in my garden, listening to the Greatest Spectacle in Racing on the radio.

I LOVE the Indy 500.  Sometimes I attend the race and mingle with the other 350,000 folks.  I absorb the crazy charge generated by the huge crowd and the intense energy of 33 cars racing at 200 miles per hour.  Sometimes I stay home and listen to the event on the radio, reveling in the traditions, statistics and details.

This year, I was home, in the garden.

In Jim’s Garden, we experience the same weather as the folks at the 500.   I thought I would share with you what was going on, weather-wise, during the race this year…

With but one wispy cloud passing through…

Daisies basking in the warm sun… 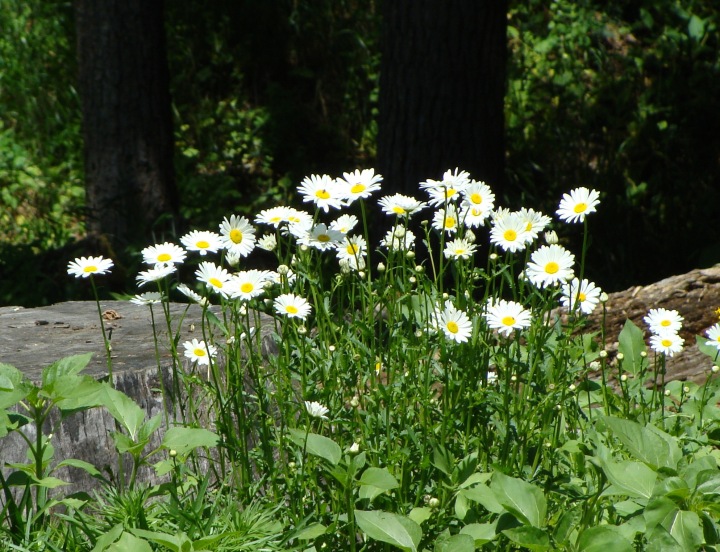 Did you know that the Indianapolis 500 is the largest single day sporting event in the world?  It is.  Nowhere else on the planet do so many people gather in one place at one time to witness a sporting event.  (Or any other event, for that matter, I suppose.)

A pretty red dianthus begins to bloom, red amidst green….

A recent study by Indiana University estimated that the Indy 500 will generate 60 million dollars in direct spending in central Indiana.  That’s direct spending.  Cash.  Not to mention all the other economic benefits.  Over all, it is estimated that the IMS is responsible for nearly 500 million dollars in economic impact on central Indiana.  Hotel rooms full, restaurants busy, liqour stores bustling……

Some pretty blue wildflowers open in the sun…..

Two weeks ago we inaugurated a new event, the Indianapolis Grand Prix.  The same Indy Racing League drivers compete on a modified road  course within the Motor Speedway.  Smart move, as Indianapolis reaffirms the old axiom that the entire month of May is dominated by the 500 and associated events. 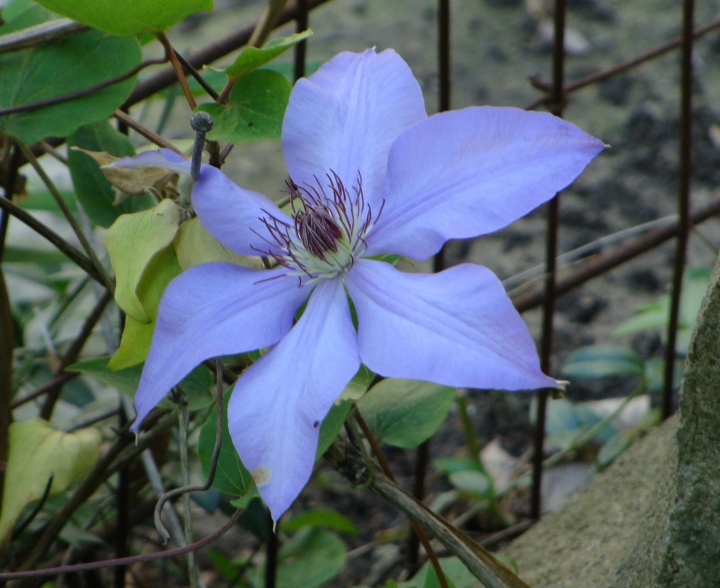 A few years ago I sold souvenirs at the 500 as part of a fundraiser for our local high school band.  Stationed at a cash register by the main gate, I experienced the most amazing flow of happy people.  It was busy, to be sure.  Really fun too.  But what struck me the most was how the crowd seemed to be in such a communal great mood.  As far as I could tell, everyone was happy, excited and thrilled to be at the race.  I manned the same register a couple months later at the NASCAR event, the Brickyard 400.  Not the same story.  The sense of excitement and cheerfulness was missing.  There is something special about the Indy 500!  There is something special about singing the National Anthem, God Bless America and Back Home Again in Indiana with nearly half-a-million other people.  There is something particularly powerful about experiencing the Invocation amidst such a huge crowd, focused together in communal prayer.

Rhododendron holds one for a final show of spectacular bloom… 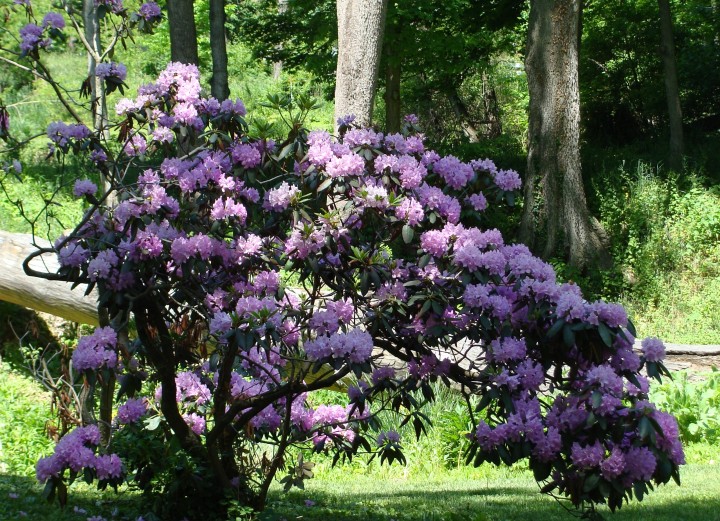 When Indianapolis hosted the Super Bowl a few years ago, the story we heard was that the powers-that-be were particularly pleased with how well the whole event came off.  They were particularly pleased with how well the City of Indianapolis could handle such a huge crowd.  Duh!  We handle a much, much bigger event every year.  The Super Bowl – no problem!  We are, after all, the home of the Greatest Spectacle in Racing!

I have never seen the race live on TV.  Never.  I either attend the race in person or I listen to it on the radio.  TV coverage may be blacked-out around here.  You know the old trick –  if people can’t see it on TV, they may be encouraged to head to the track.  I don’t know whether that is still the case.  I don’t even check and I’m not sure how such a thing would work in the internet age.  Doesn’t matter.  Our tradition is to listen to the event on the radio while working on a project in the yard.  Radio coverage of the 500 is slightly beyond awesome, matched only by being present at the big event.  In fact, even when I attend the 500, I bring a small radio and listen to the radio coverage in one ear.

If you ever get the chance, come on out to the Indianapolis Motor Speedway during the month of May.  Attend the race.  OR, if the prospect of mingling with 350,000 people seems a bit intimidating, skip the race and come on a practice day during the week.  The cars are still loud, the people are still friendly and hopefully the weather is still great.