I shared with you some of my impressions of the Greatest Spectacle in Racing – the Indianapolis 500 – hopefully lending a sense of the grand event while sharing with you my thrill at what great weather we experienced here central Indiana during this year’s race.

But I blew it.  I gave at least one reader the impression that I relaxed in my garden while I listened to the race.  Oh no.  That is not correct.  Yes, I was in the garden.  Yes, I enjoyed the race.  Yes, I drank plenty of beer.  But I do not relax in the garden while Pippa Mann and her buddies risk life and limb flying around the track at 200 miles per hour.  Nope.  I work.  My tradition is that if I do not attend the race, I define a very specific project and DO IT while I listen to the race.   And Hey!  I’m the kind of guy who likes to get credit where credit is due.

So…..  I’m stepping even further out of my preferred narrative style and sharing with you my project.  Work.  Travail.  I might as well, because if you follow this ridiculous blog, you might wonder ” from where did that fence come?”  And if you keep following the blog (PLEASE DO!) you’re bound to see the darn fence at some point.

Once upon a time there was a hedge.  It was not a pretty hedge.  It had been pretty, but it wasn’t anymore.  I cut it down and moved the individual bushes to other places in the yard.  I was going to build a fence….. 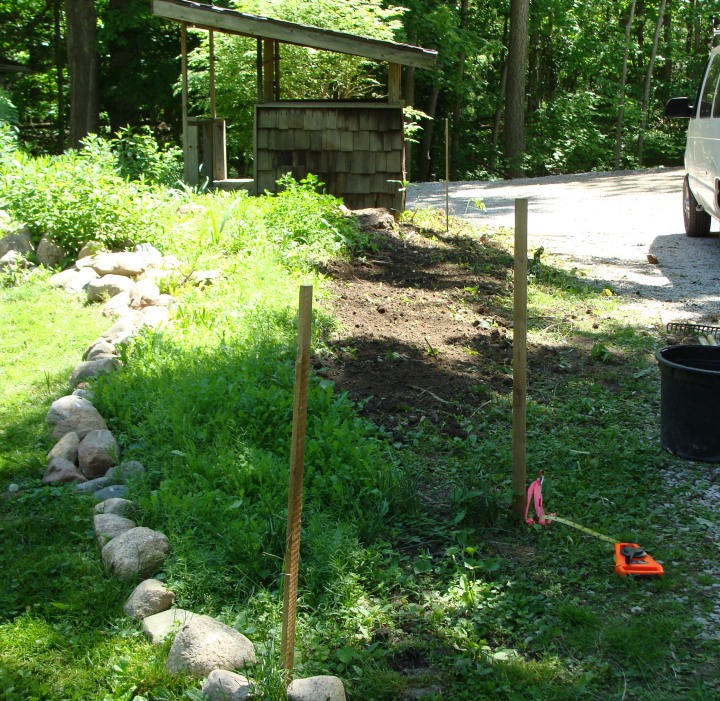 (Lady and Gentlemen, “Start Your Engines.”     Vroom vroom….. Marco Andretti, Helio Castroneves and Ryan Hunter-Reay duke it out, powering their twin-turbo V6 engines across the yard of bricks for the checkered flag.)

Post holes excavated.  Posts standing loosely in the holes. That’s what I accomplished during the race.  I dug 7 holes.  Aren’t you proud of me?

Here we are Monday….

And a little effort after work on Tuesday yields one side half done, the other well begun…..

And that’s where we are now.  Don’t worry.  We have company coming on Saturday so Mark My Word!  The fence will be complete by then.

is going to be able to play in and around the the playhouse without worrying about cars and tractors running her over….

What better reason to build a fence?  That, and the less-than-awesome view we have from the back patio is now much more awesome.  Or will be when the fence is complete.

Thank you for reading.  Stone Bunny is becoming nervous.  She would prefer we revert back to our old story telling style now…… 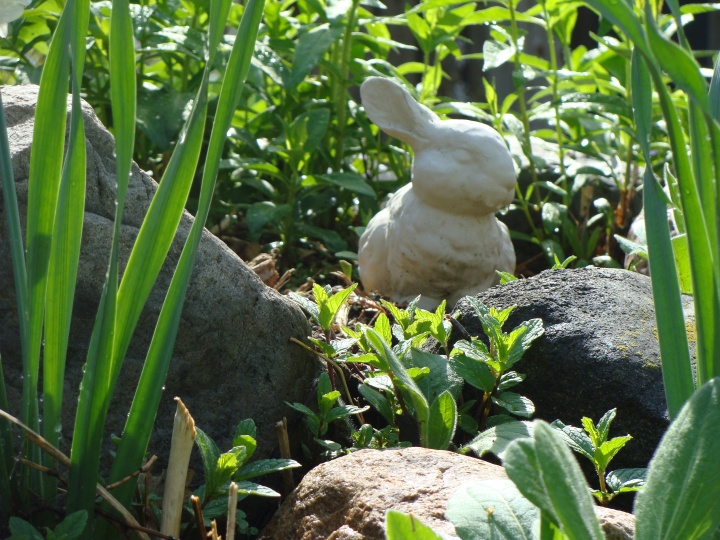