Gloriosa Daisy steps onto the stage for his final number. 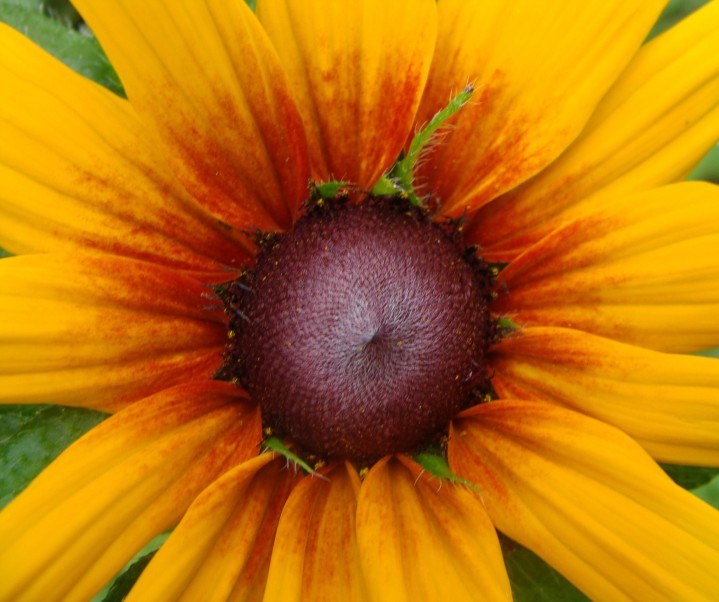 A hush falls over the crowd.  Gloriosa Daisy.  The Great Performer. 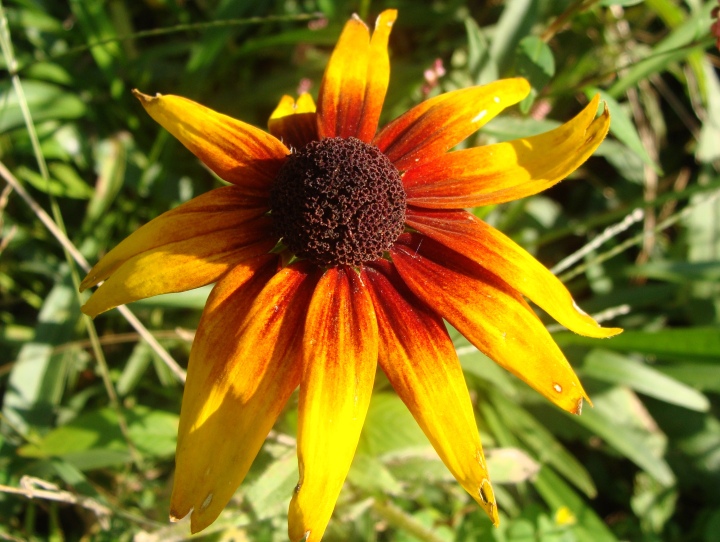 He begins to sing and dance. 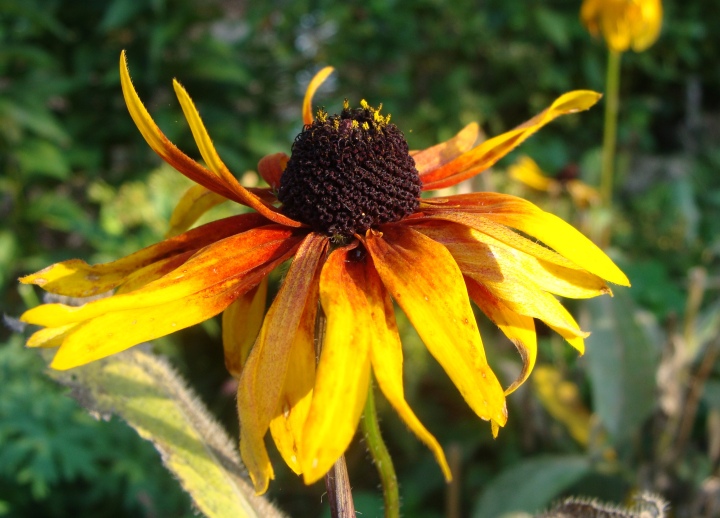 It is a subtle reprise of his big summer number.  He does not attempt the show stopper quality of his earlier performance. 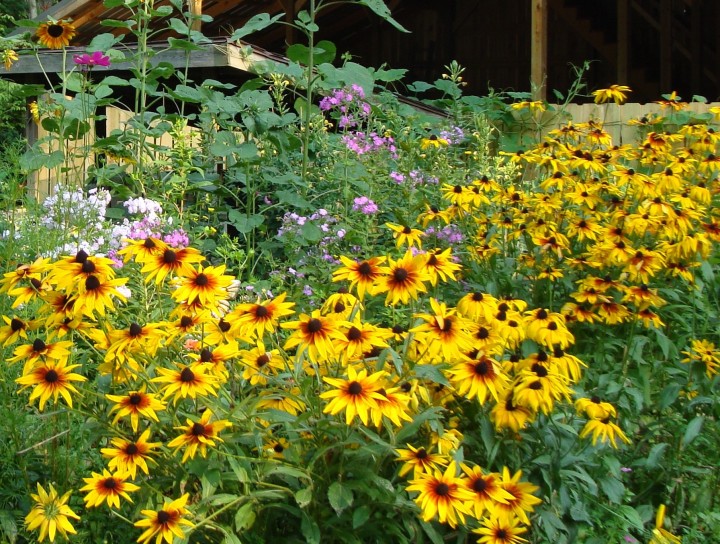 Instead, he expresses himself as he truly is, here in the Autumn garden. 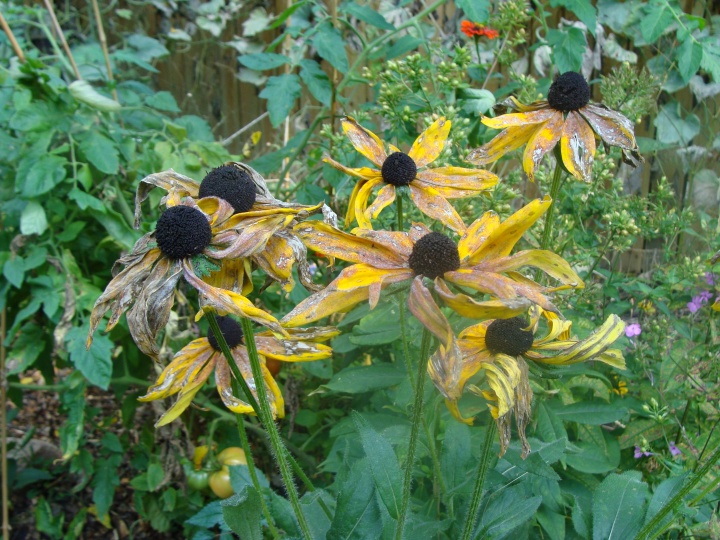 He revels in his current condition. 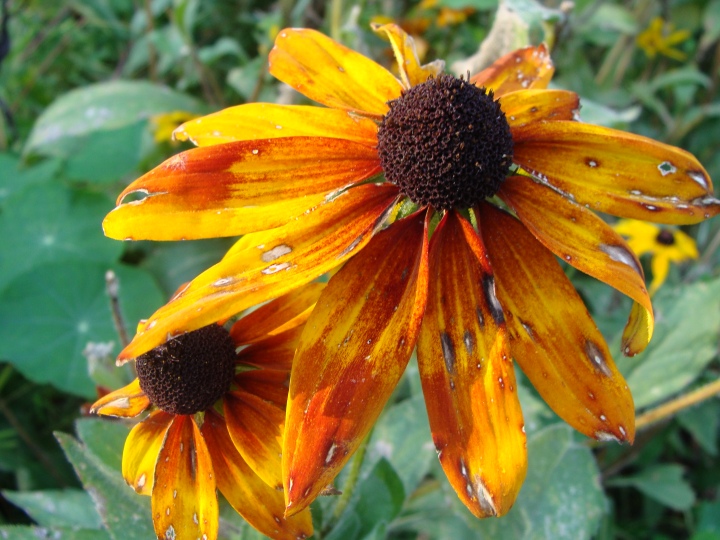 He brings the crowd to tears with the subtle beauty of his aging petals. 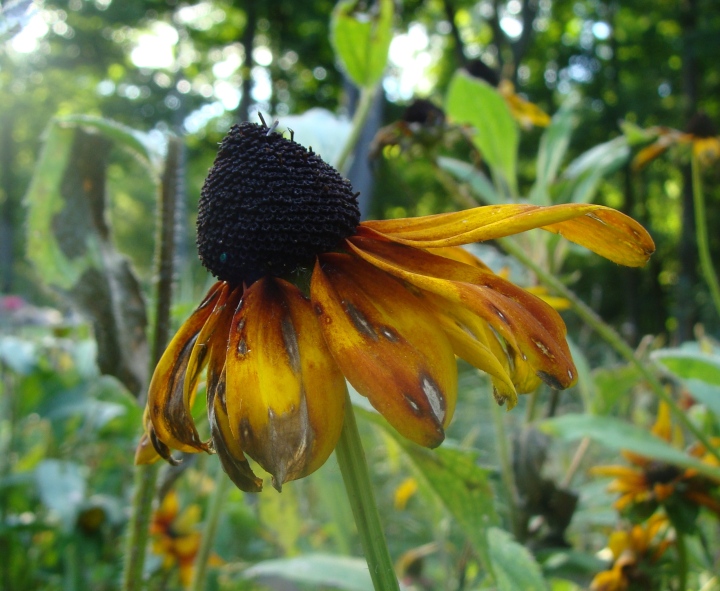 He pulls at their heart strings as he appears to die before their very eyes. 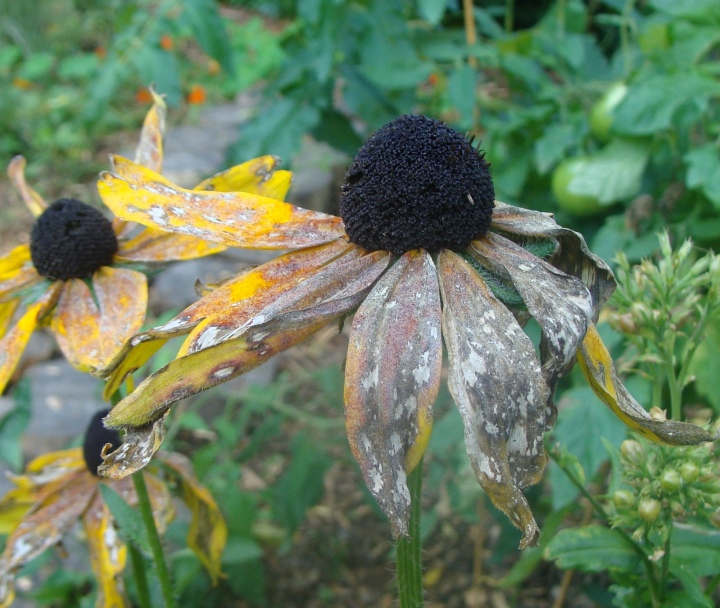 A silence comes over the hall, broken only by the soft sobs of the audience.  Is this it?  Is this the tragic death of the beautiful prince? 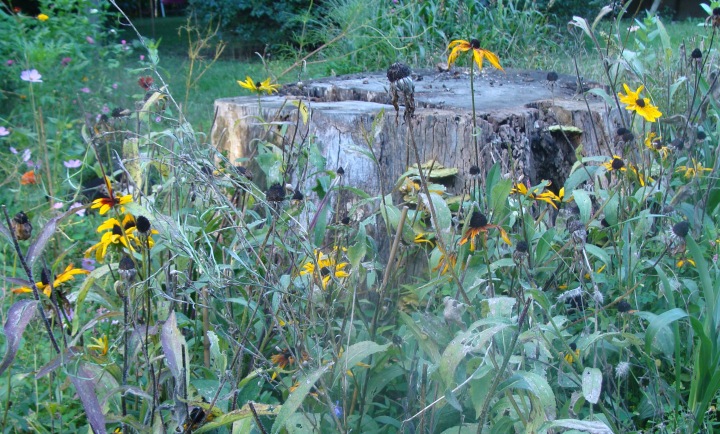 The last gasp of the conquering hero? 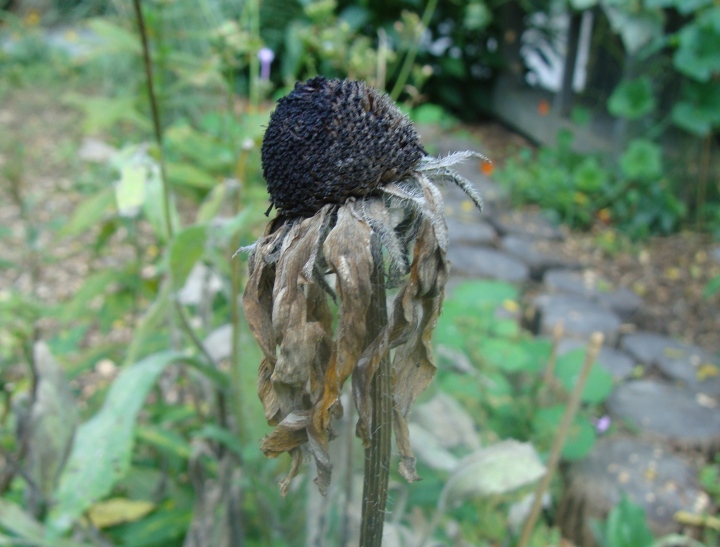 No, my dears.  NO!  Gloriosa leaps into the air. 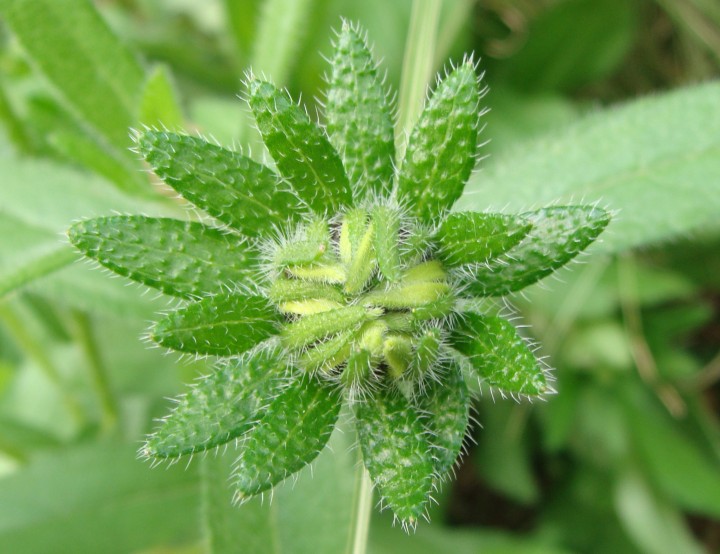 He is not dead. 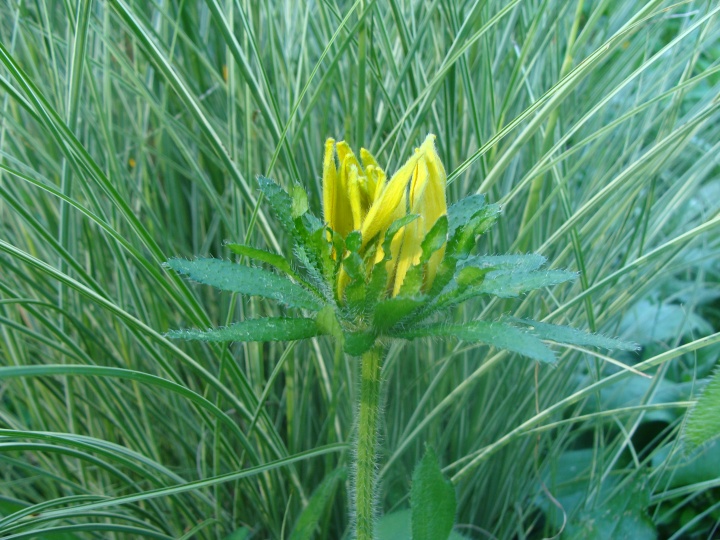 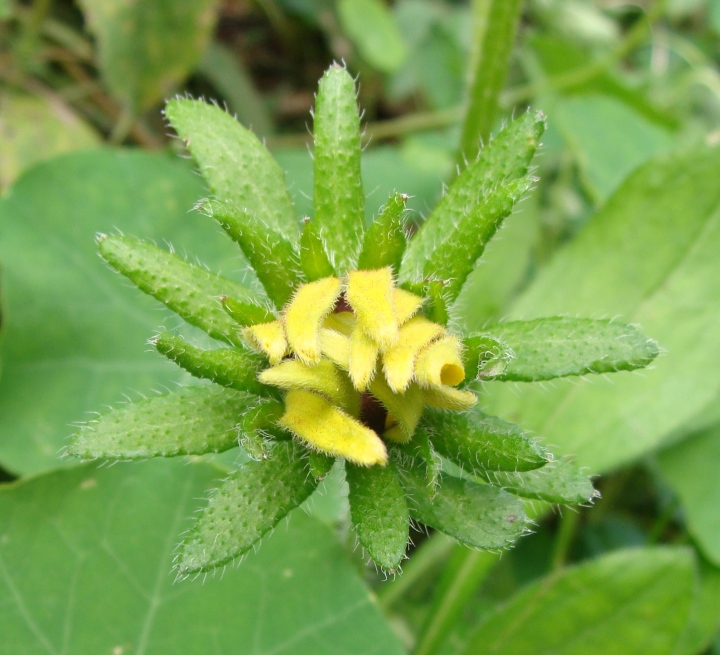 The crowd leaps to its feet.  YES! 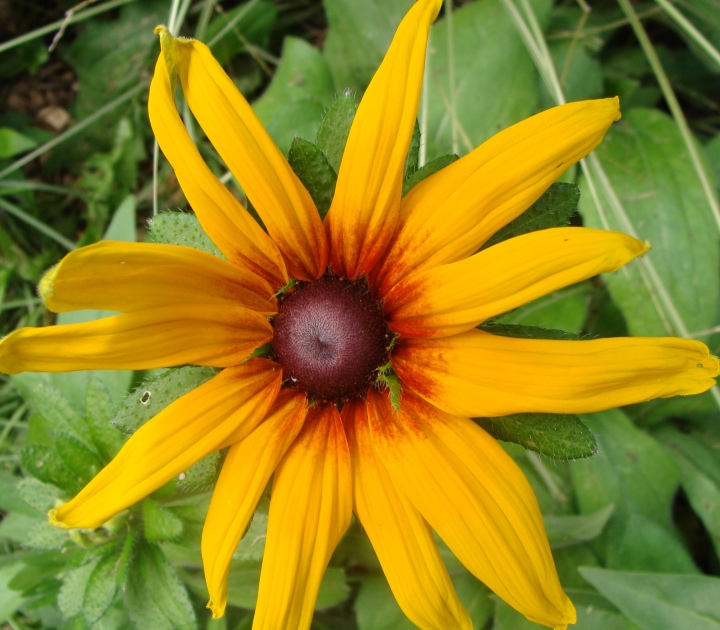 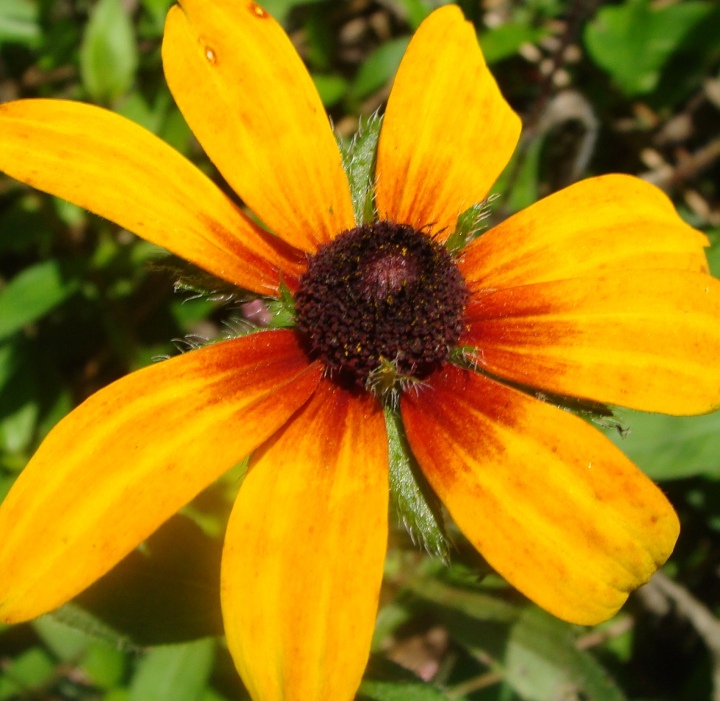 The crowd cheers wildly, reveling in the power of the flower who finds the strength for an Autumn Reprise. 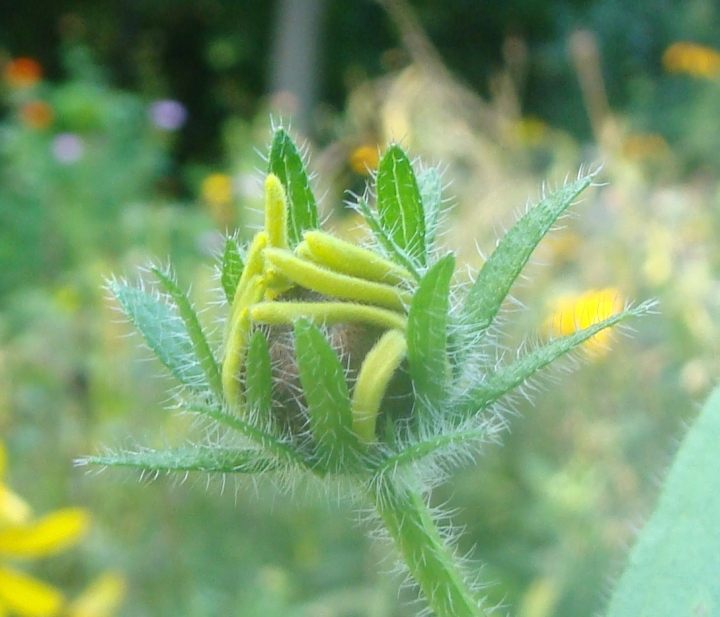 They cheer for their beloved hero who pulls out all the stops and keeps on blooming, even as the garden fades towards Winter. 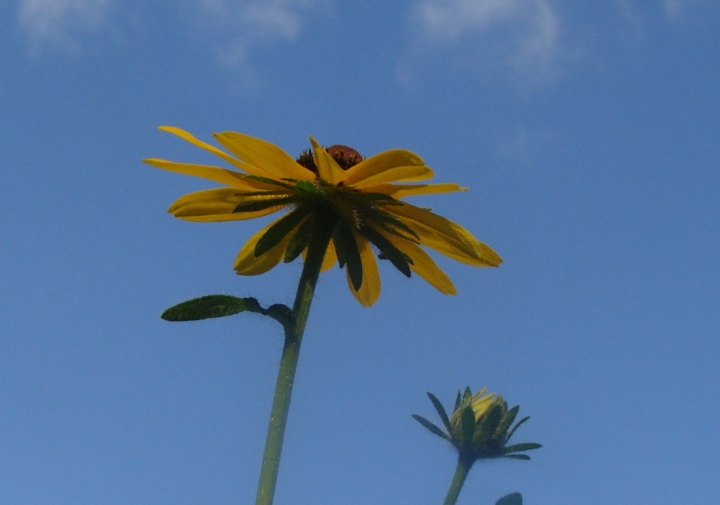 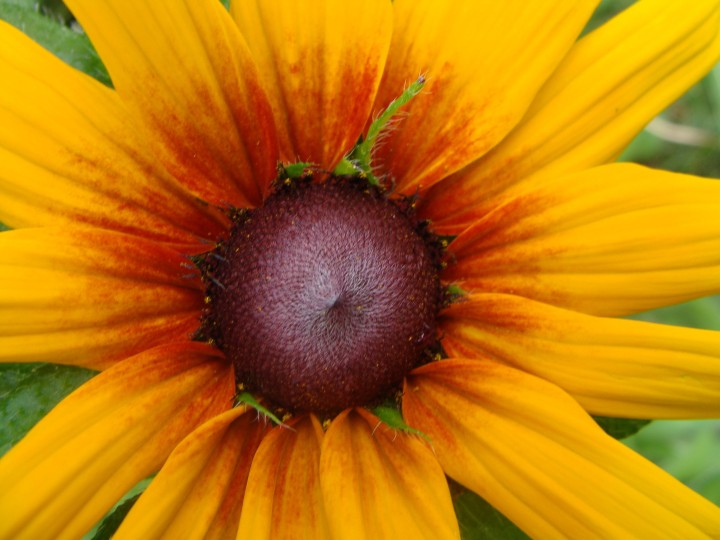