Stone Bunny and her friends had a great weekend. They spent the holiday weekend engaged in a tremendous conversation about colors. Specifically … 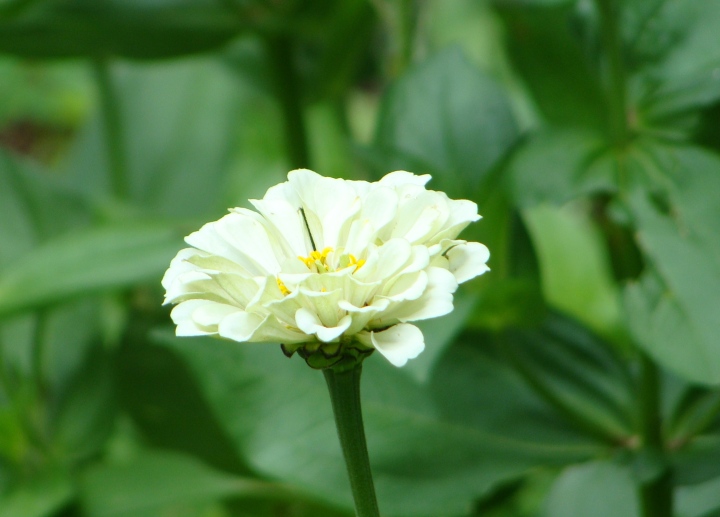 It all got started on Friday, the Fourth of July. Stone Bunny doesn’t pay much attention to human affairs but she knows enough to aware of Independence Day. Oh yes! She has heard all about freedom and self-government. She can’t imagine being a stone garden critter in a country where the people didn’t get to choose how they live their own lives. And she could hardly miss the big holiday, what with all the firecrackers and bottle rockets going off in the neighborhoods around the garden.

Stone Bunny thought it would be fun if the gang found some examples of the colors of the American flag growing together in the gardens.

She called out to her friends, “I’ll give a big stoney kiss to anyone who can find a really good vision of red, white and blue, all growing together today.” 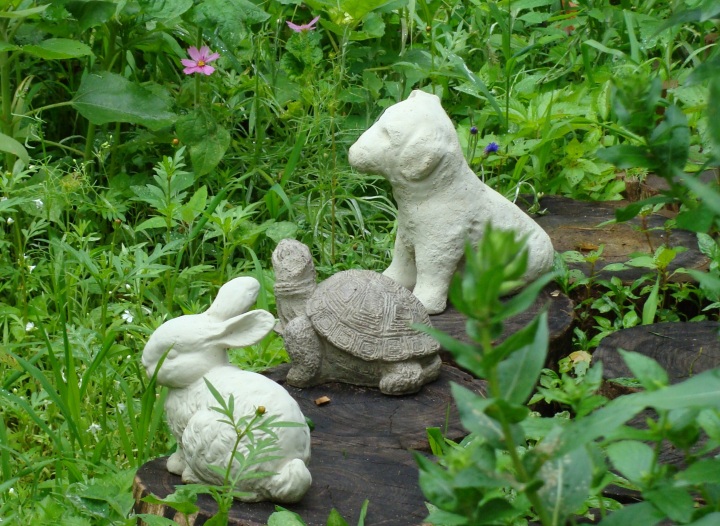 Being an offer no one could refuse, they all dove in to the challenge head first. It proved to be difficult. You see, there is a bunch of red in the garden right now.

Iron Turtle, Brass Frog and Clay Pig were hanging out below a big patch of bee balm. 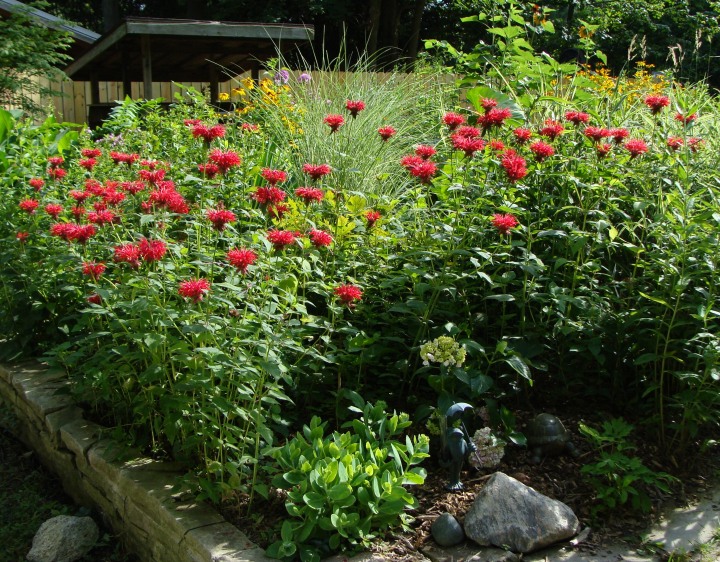 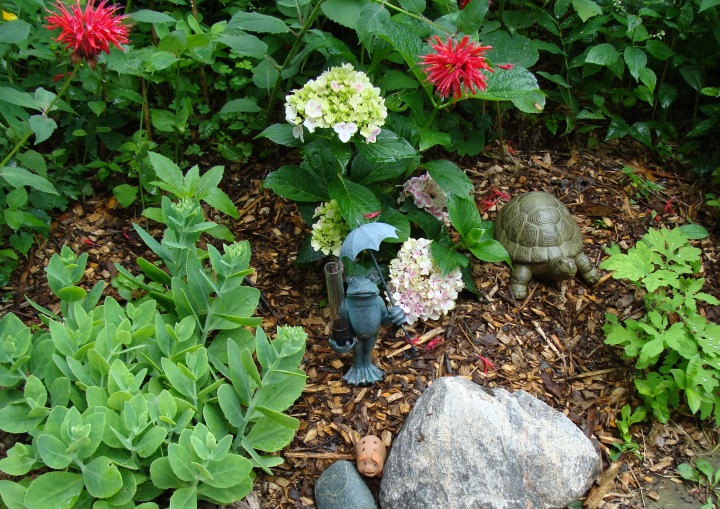 Mary has been enjoying some pretty red dahlias in her pot.

Gnome has been hanging around with some Poppies.

A few of them are boasting a nice shade of red. 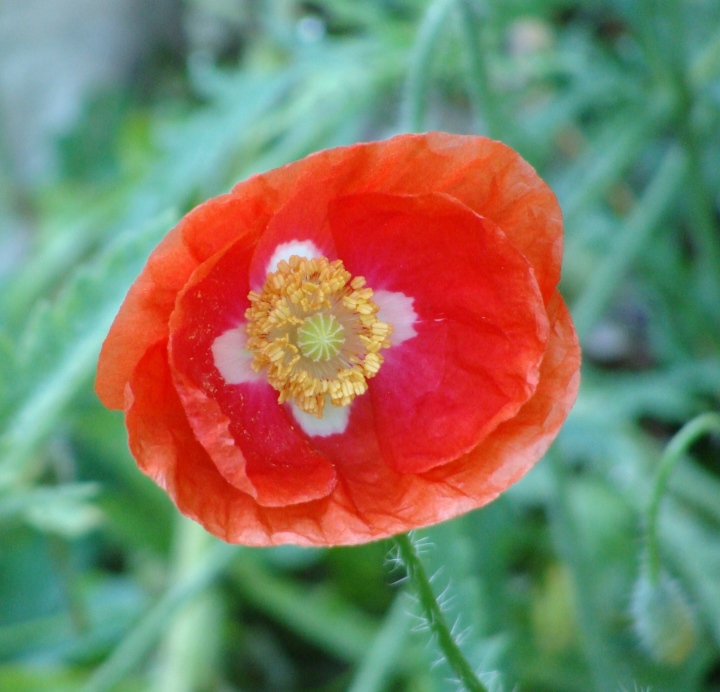 Stone Puppy is a particular fan of zinnias, which conveniently bloomed just in time for the holiday.

“Some of these zinnias are really, really red.” 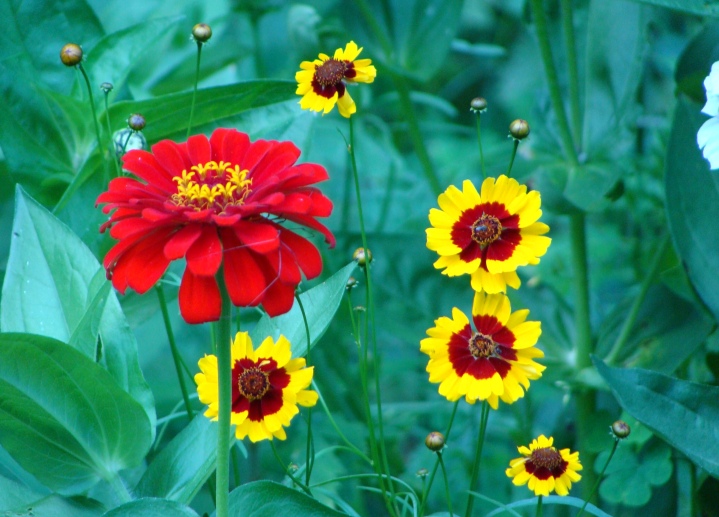 And Clay Pig caught the cannas just coming on, boasting their own brilliant shade of red.

White was pretty easy too.

Bunny was very pleased that so many shastas were blooming right now.

Iron Turtle pointed out that the gypsophila was blooming nicely now in one of the wild gardens.

“A bit subtle.”  He noted, “But a nice touch of white nonetheless.”

Brass Frog was pretty darn pleased with himself when he observed the nice combo of white yarrow growing with the red bee balm down in the stump garden. 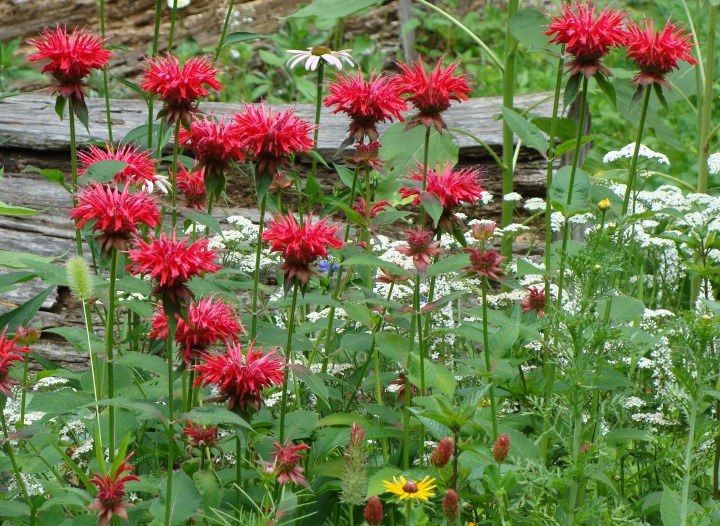 Red and white were easy. But blue…. blue was tricky. It turns out that there is just not much true blue blooming in the gardens right now.

Every one could see the cornflower.

Stone Bunny herself found a little bloom of the wild geranium. Kind of blue, kind of purple. 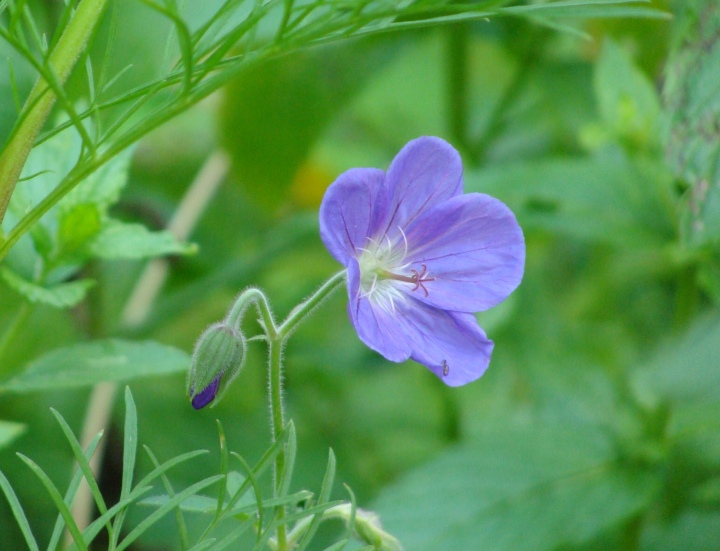 And Mary noted that the spiderwort presents a nice shade of lavenderish blue.

So, looking closely, the gang could find some blue, but it didn’t exactly jump out and bite them. And it really wasn’t blooming in a position to create a glorious patriotic vision of red, white and blue. Well, okay, the cornflower and poppies were trying, but it was hardly Old Glory.

The garden critters started to get frustrated. They had set themselves up for a challenge and they were not succeeding. That made them sad. Well now, Mary will never allow a sense of doom and gloom to ruin a holiday weekend (or any other weekend) so she blurred her eyes, looked to the east and conjured a vision.

“I know it’s a bit of a stretch,” said Mary. “But look here. I am looking at spiderwort and bee balm with a backdrop of white.” 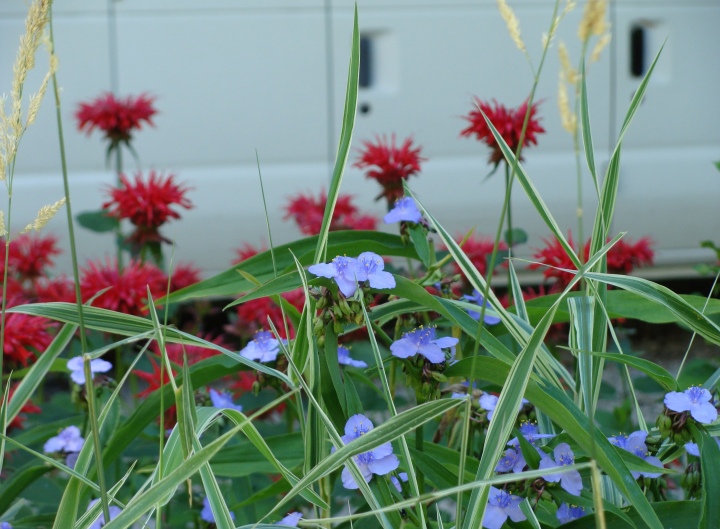 “ I know.” Mary conceded. “The white is the big van, which is a vehicle, not a flower. But it is white and I am seeing red, white and blue.”

That cheered the gang. It gave Bunny an idea.

“Hey!” she said with an excited squeak. “We can do this. Let’s get Firefox Lady to make a bouquet. She’s really good at that. Don’t ask the Referee, he’s terrible at it. But Firefox can do it.”

So that is just what they did. They got their lady friend to make a patriot bouquet. 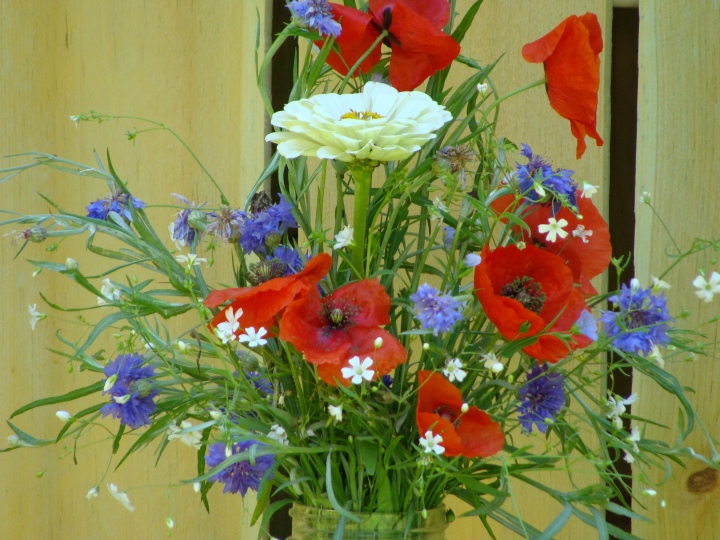 The critters were all feeling great now. Gnome was humming the Stars and Stripes Forever. Puppy was feeling the love and Bunny gave Mary a big, stoney kiss.

28 thoughts on “Stone Bunny and the Independence Day Garden”