“Yep, Joe. It sure is. Judgement day! The day the Gold Medal the 2014 Summer Bloom Season is announced. Boy, I can feel the tension and excitement around me.”

“Oh yeah! The crowd is electric. Just think, a whole season of growth, bloom and show all boils down to this. Let’s take a look at the finalists.”

“Okay, Joe. It’s always good to start with the reigning champion. How do you think Bee Balm fared this year?” 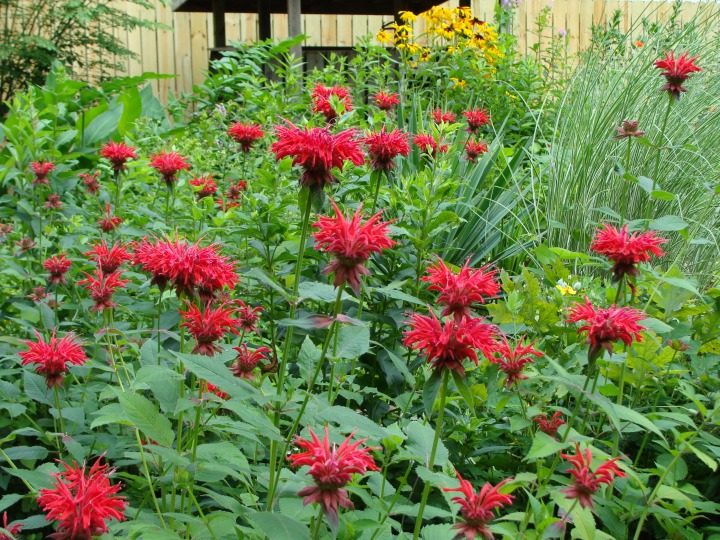 “Well, Tom. You know, Bee Balm is an old crowd favorite and was certainly worthy of the big award last summer, but I’m thinking she’ll have a hard time making the podium this year.” 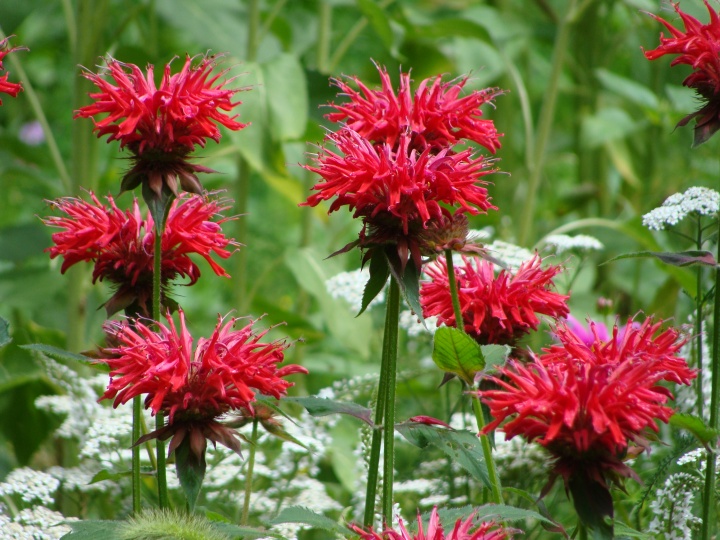 “I’m with you on that, Joe. She had a great year but she just wasn’t where she was last season. And some of the other contenders really stepped up their games. Plus, I don’t know… to me, her display in the Stump Garden just didn’t dominate like it did last year.” 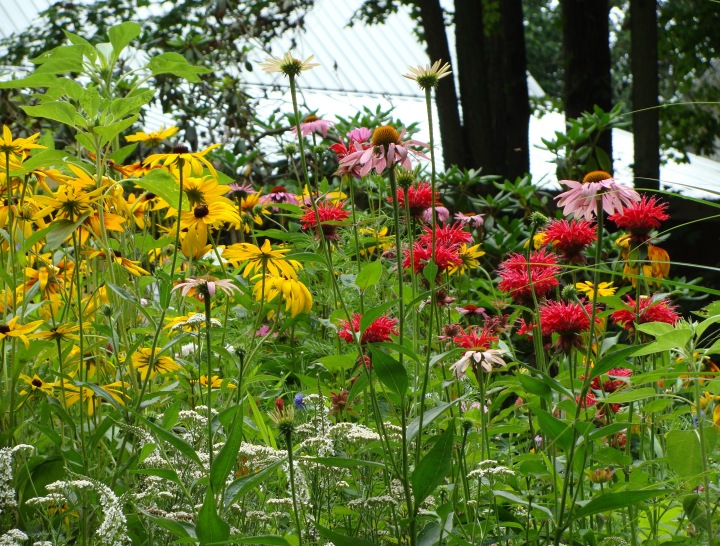 “Yep, Tom. A contender for sure, but probably not a medalist, though I must say, she held on for a nice show with Phlox.

But let’s talk about the pre-season favorite?  Whaddya think?  Did Gloriosa Daisy live up to all the hype?”

“Now, there is an interesting story, Joe. No question everyone thought that this was Gloriosa’s big year as we headed into the heart of summer. No question. And he performed briliiantly.” 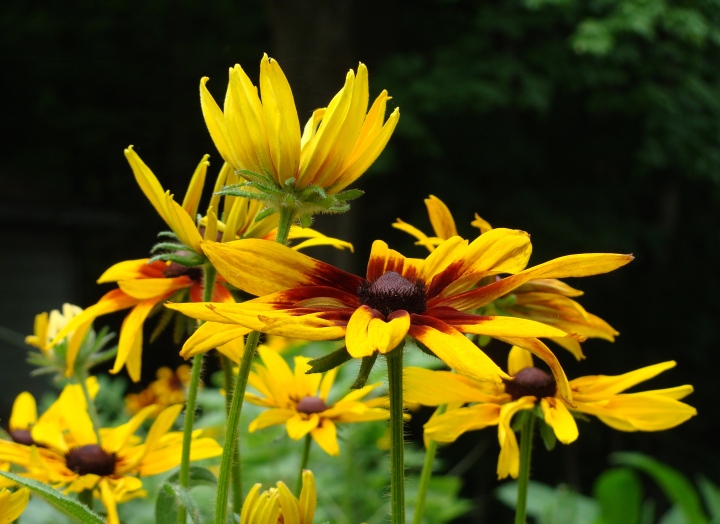 “Oh he sure did, Tom. He gave it everything he had. 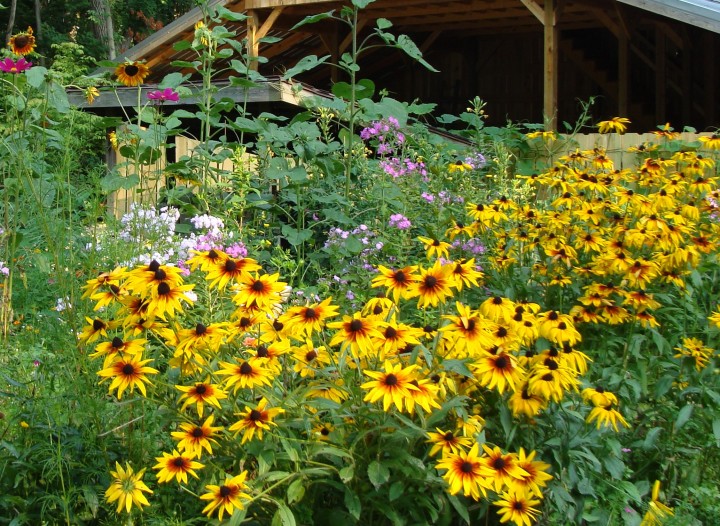 But personally, I think he might have been a little over confident. He started out the front runner but soon found himself tangled in a mix of strong competition. He really had to dig deep and I felt like he showed some fatigue in the stretch.”

“We’ll just have to see what the judges thought. That big, double swath effect might get him the big prize yet.”

“10-4. It just might. But what about those contenders, Tom? How about Poppy, huh? Who could have seen this coming?”

“I gotta say, Joe. Poppy is my favorite this year. She’s hardly a newcomer, but we’ve never seen a show like this out of her before.” 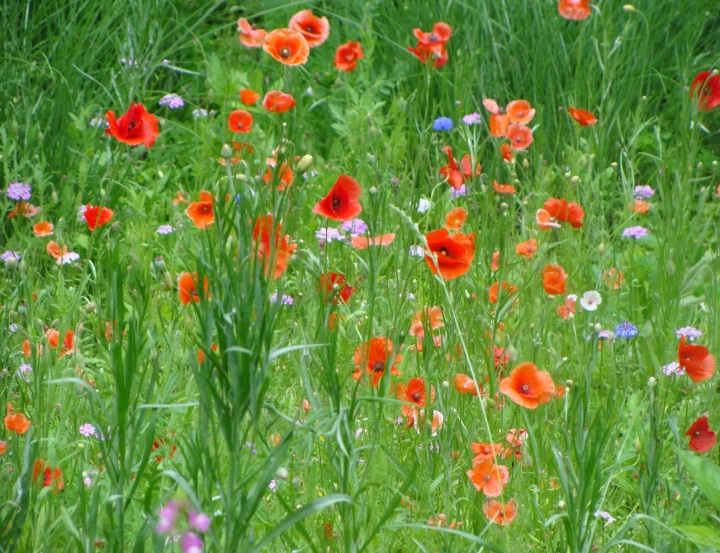 “Yeah, it brings a tear to my eye just thinking about it. Poppy showed such personality!

Some performances really pull at your heartstrings.”

“Yep. It was a brilliant, touching performance. Really special.  But she’s hardly guaranteed the gold, Joe. How about the real surprise? Let’s talk about the elephant in the room. Sunflower showed us something we had never imagined, don’t you think?

“Oh Tom. What can I say? Maligned early on. Shunned by her peers. Accused of being nothing but overgrown bird seed, Sunflower dug in and put on a performance for the ages.” 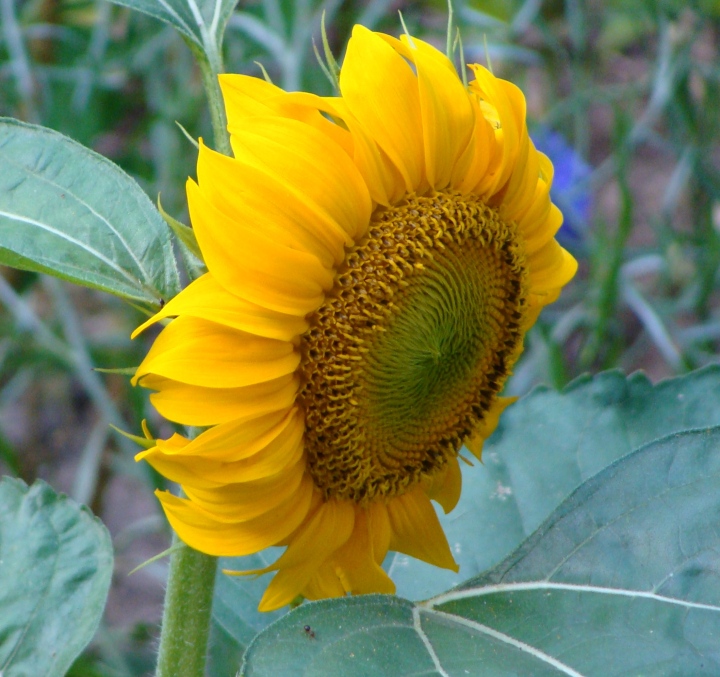 “Daring to be different!”

“Popular with the birds and bugs alike.” 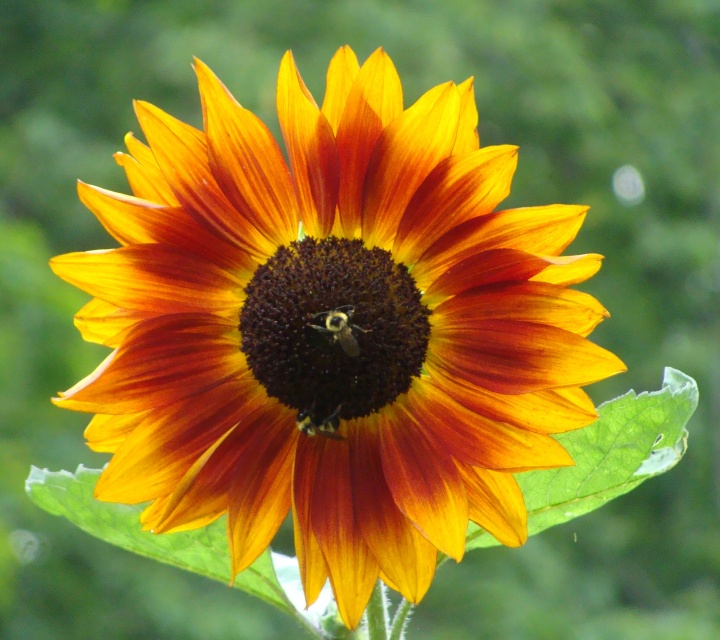 “And she’s still going. Still showing new stuff. charging across the finish line. You know Joe, I’m not sure I’ve ever seen a contender finish so strong.”

“Yep, Tom. It’s a blazing finish.   She’s looking great. Just great!  Soon we’ll see what the judges think. I would be amazed if she doesn’t make the podium and I would give her a real shot at the gold this year.”

“That pretty much wraps it up, Joe. Those are your finalists. Let’s cut to a commercial break so we can hear from our sponsors. Stayed tuned, everyone. We’ll be back after the break to hear from the judges. Soon we will know who brings home the Gold Medal for the 2014 Summer Olympics.”

39 thoughts on “The Summer Olympics”